Francis in Sweden – A Fair Front To The World 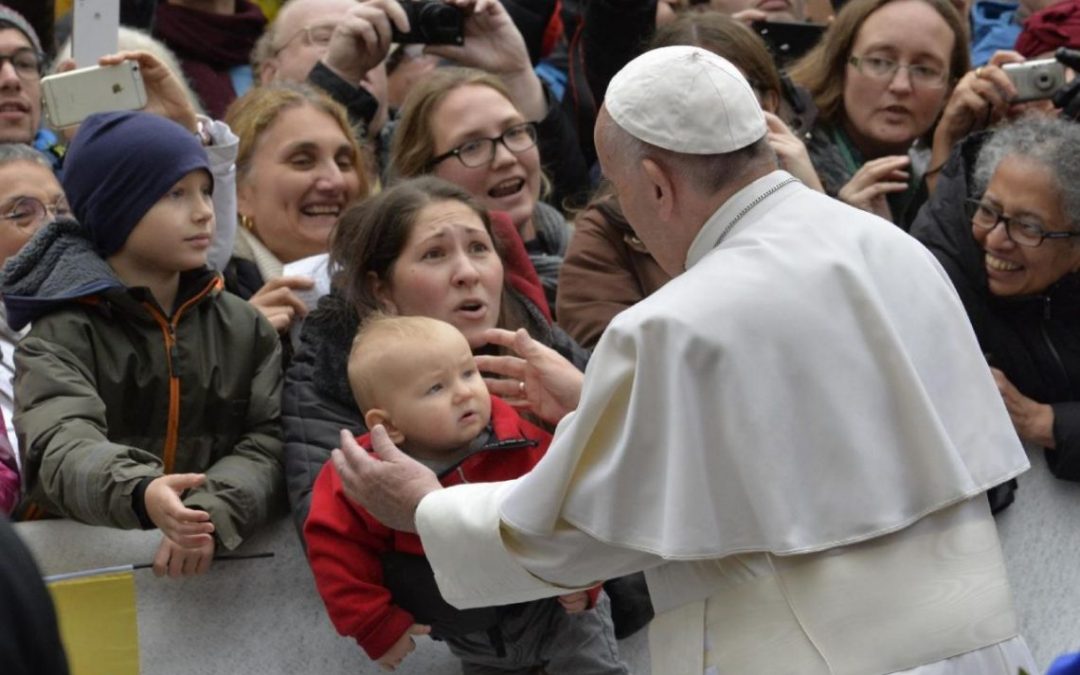 Pope Francis was in Sweden meeting with Lutherans and commending the work of Martin Luther.

“The spiritual experience of Martin Luther challenges us to remember that apart from God, we can do nothing,” Francis said.

Martin Luther was the lead forerunner in the Protestant reformation. I believe America, a Protestant nation, as well as the rest of the world abroad has lost sight of what Protestantism is all about. Let me give a brief reminder.

Protestantism is a form of Christian faith and practice which originated with the Protestant Reformation, a movement against what its followers considered to be errors in the Roman Catholic Church.  – https://en.wikipedia.org/wiki/Protestantism

The Protestant Reformation gained prominence in 1517 after Luther nailed 95 theses on the church door in the town of Wittenberg, Germany, denouncing what he saw as the abuses of the Catholic Church.

So what is the significance of Pope Francis going to Sweden on the birth of the Protestant reformation to meet with Lutherans? Many deem it as a sign of unity, but are we being deceived?

There is only one way to find out and that is through scripture.

We have also a more sure word of prophecy; whereunto ye do well that ye take heed, as unto a light that shineth in a dark place… KJV — 2 Peter 1:19

Revelation 13 predicts both the fall and rise of Rome. While Rome fell in 1798 under the French Revolution, we can see that as scripture has outlined Rome is now on the rise.

And I saw one of his heads as it were wounded to death; and his deadly wound was healed: and all the world wondered after the beast. KJV — Revelation 13:3

The Bible predicts that Rome will not only rise, but it will rise to the worldwide prominence that it once had. All the world, we are told, would wonder after the beast. In his short papacy, Pope Francis as accomplished more than any other Pope in history. He has met with almost every influential political and religious leader. He is the most popular, persuasive and well-liked person in the world. He has broken down the barriers of religion and politics meeting with Israelites, Muslims and followed by other sects of people such as agnostics, atheists and homosexuals that no other person was able to accomplish.

This is a clear indicator of where we are in time. We are even told the methods that Rome will use to rise to prominence. Notice that he has been going around apologizing for the malicious acts of Rome in the past. It may be considered a good Christian virtue by most but unfortunately this has be prophesied as a part of the scheme of Rome.

The Roman Church now presents a fair front to the world, covering with apologies her record of horrible cruelties. She has clothed herself in Christlike garments; but she is unchanged. Every principle of the papacy that existed in past ages exists today. The doctrines devised in the darkest ages are still held. Let none deceive themselves. The papacy that Protestants are now so ready to honor is the same that ruled the world in the days of the Reformation, when men of God stood up, at the peril of their lives, to expose her iniquity. She possesses the same pride and arrogant assumption that lorded it over kings and princes, and claimed the prerogatives of God. Her spirit is no less cruel and despotic now than when she crushed out human liberty and slew the saints of the Most High. GC 571.1

We can see that irrespective of all the good deeds that we see taking place with Pope Francis it is all acts of a chameleon to carry out their agenda of a new world order and to enforce religious laws against Biblical principles.

In fact, notice the extent that they are willing to go through to fulfill their purpose. Speaking of the Jesuit order, during the Protestant Reformation, in which Pope Francis openly admits that he is a part of:

When appearing as members of their order, they wore a garb of sanctity, visiting prisons and hospitals, ministering to the sick and the poor, professing to have renounced the world, and bearing the sacred name of Jesus, who went about doing good. But under this blameless exterior the most criminal and deadly purposes were often concealed. It was a fundamental principle of the order that the end justifies the means. GC 235.1

We have seen the so-called sympathy, the laying hands on the sick, washing the feet of the poor, the humility etc., but we cannot be blindsided and lose sight of what the scriptures has clearly outlined.

My friends this visit to Sweden is very prophetic. This is a landmark of the soon return of our Lord and Savior Jesus Christ.

But is it enough just to know where we are in time? Absolutely not! The Bible gives instruction for what God’s people are to do when we see these signs.

And that, knowing the time, that now it is high time to awake out of sleep: for now is our salvation nearer than when we believed. The night is far spent, the day is at hand: let us therefore cast off the works of darkness, and let us put on the armour of light. Let us walk honestly, as in the day; not in rioting and drunkenness, not in chambering and wantonness, not in strife and envying. But put ye on the Lord Jesus Christ, and make not provision for the flesh, to fulfill the lusts thereof. KJV — Romans 13:11-14

Now that we see that we are living in prophetic time we are to awake to righteousness, put on Christ and make no provisions for the flesh. We need to enter into a deep unshakeable relationship with God by spending more time in prayer, bible study and self-examination. This is a challenge that we must all come up to if we will meet our Lord in the air and so shall we ever be with the Lord.